T’Angeles is an intimate topic for us. We met most of the friends we will ever have there; we became what we are there. Having visited no fewer than 3 continents I can say with at least a little authority that T’Angeles borders on some the greatest natural beauty on this planet.

It is a small town with a largely tree-product based economy that has been in the process of slowly dying for the better part of a half-century now. When I was in elementary school The largest employer went out of business leaving a staggering percentage of the population suddenly unemployed increasing the already sizeable population of impoverished.

We grew up in what I learned much later was a privileged scenario. It’s only in retrospect I realize how much desperation bordered us back then. Meth labs(yes, more than one) exploded less than a block from our home. The over-under on good people to rotten bastards was much the same as I’ve found anywhere else in the world. For that matter I can recall knowing some really exceptional people like my violin teacher who with her husband and a host of volunteers ran a youth symphony keeping a quantum of culture alive at the end of the earth.

There were a few teachers I can remember from the public schools we attended who spent their entire adult lives truly putting their back into their jobs, helping us and innumerable others realize potential. When I look back on my mistakes it’s their disappointed faces I see saying “we both know you can do better,”.

I remember knowing some of the scummier people peripherally and for the most part I think they weren’t at their cores bad people, they were victims of desperation and too often abuse of various kinds. These were the guys you’d ask a friend who knew one personally to call about buying something illicit and try as little as possible to interact with directly. At least one of those people died of a fentanyl overdose not long ago, far too young. He was in a business that tracked a lot of scum onto his life, but knowing him at all I couldn’t think of him as scum. He never ripped me off or lied me. His profession fed his addiction and in the end it killed him.

The real problem with T’Angeles was how it diefied mediocrity. Truly unremarkable people could go there to seem as impressive as they saw themselves. These people practiced medicine in-spite of border line incompetence; they ran for (and often won) public offices, they imagined themselves ivy-league professors in their middle-school teaching posts. They hosted open-mic’s and imagined themselves rockstars. These people created the noise that fed the delusion of activity. I used to tell people that there’s exactly enough going on in T’Angeles to distract you from the fact that nothing is actually going on.

I lingered there after high-school a bit too long into my adulthood. It was only after I left that I could see with some clarity how momentously I had perceived completely inconsequential things. I had relaxed into the cradle that nurtures the mediocre long enough to allow the pale green moss to germinate. T’Angeles makes ones world very small yet feel very big. That was my reaction to the moss growing on me.

An old friend of ours was recently married (with a baby on way) there and I have every expectation he’s at the beginning of a truly fruitful and rewarding life. The pale green moss effects him differently and I envy him that. I met almost every other person I’ve ever loved there and a fair cross-section of them still live there. I can’t live there which reflects more on me than on T’Angeles.

All that said, the stories in this weeks comics while incomplete and somewhat rearranged, are basically true. I remember most of them with as much humor as embarrassment. The tie-dyed garage was a sort of clubhouse we assembled in my dads garage. I used to make surfboards there, but as I sank into a mossier and lazier state of mind I simply built a refuge from the perceived significance I drown myself in. I tie-dyed several 60 inch bolts of muslin and covered the duty, moldy interior of the structure. At first it was a peaceful place to gather, but over the years devolved into a place where I hid to asphyxiate depression and the empties told the tale as they piled up in what we all came to call “the beer corner”. The garage was a good idea and most of my memories from there are fond. It was emblematic as well, of why I needed to leave. Anyone who’s seen the real thing will tell you that the rendering in that comic is accurate enough to evoke nostalgia.

That intimate nostalgia is in particular frames of these comics where I obviously spent more energy than stick figure comic normally calls for. Here’s an eye rendered with uncharacteristic realism reflecting stickfigures with no eyes. The fire consuming the surroundings is lit with alcohol. Here are the pieces separated from each-other– heh take note the “crazy cheap beer” reads frontwards in the reflection.

Here’s the complete label from the couch-wine bottle. It wasn’t quite funny enough to merit forcing all of it to be legible in the comic. 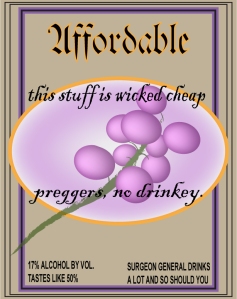 Marijuana was not my personal preference for escape-ism, but is was major component of our culture. We named many of these blown glass pipes– I can’t remember what the little yellow one was called, but I’m pretty sure some of my friends will. Ai gradient mesh body, 3 separate gradient meshes for shadows and highlights, Ai bristle brush and scatter brush all wrapped in a tidy clipping mask. 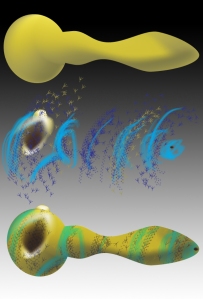 My ill-memories of T’Angeles and my ill-feelings are on me. It was a bad place for me and for a lot of people who live there, but it’s not a wholly toxic place. It’s beautiful and many thrive there. I’ve barely thought about substance since I left. The leftmost ray illuminates most of the place I once called home. There’s great many stories from our youth to tell, and I’m sure we’ll tell more eventually. 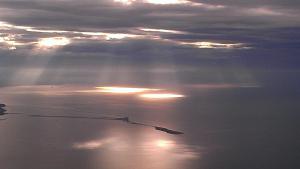